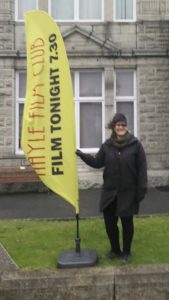 The purpose of the Hayle Film Club is to offer a community cinema experience for townspeople and visitors as an alternative entertainment option that is also accessible and reasonably priced. Our three programmes each year comprise a mix of recent well-received films of various genres, including British, independent, some interesting mainstream, plus foreign-language titles, to appeal to various cinematic tastes (although all films will not always be suitable for a general audience). Some of the films will have had scant exposure in West Cornwall’s local cinemas.

Annual membership is £7.50. This is not compulsory – non-members can turn up and buy a ticket and all are welcome. However, we do encourage membership as this helps to cover extra costs. As is legally required, we pay a non-theatrical licence fee to distributors for every film we screen, plus a room hire fee to the Passmore Edwards Institute, which means it costs us about £150 per film just to open the doors.

Since our inception in 2012 (potted history below), we have screened 125 films over seven years at the Passmore Edwards Institute.

We celebrated our fifth anniversary in October 2017, serving birthday cake, nibbles, prosecco and fizz to almost 40 members and general attendees, just before presenting the Japanese family drama After the Storm. In 2018 we achieved our holy grail: the purchase of an electric screen, which greatly reduces our setup and breakdown time. 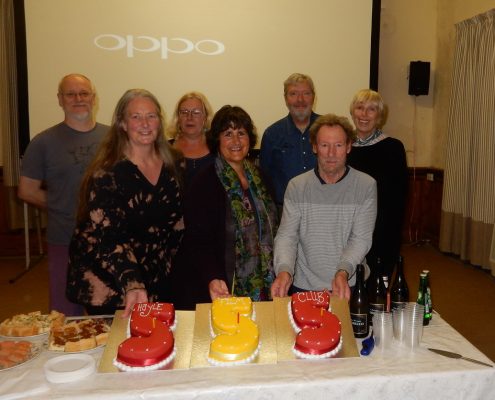 Hayle Film Club was organised by a group of enthusiastic volunteers over the winter of 2011-12. We ran two trial screenings, Woody Allen’s Midnight in Paris and Terence Davies’s The Deep Blue Sea, both of which were well attended. A pledge of seed funding from Hayle Town Council with additional support from Carn to Cove allowed us to plan a first full season of monthly screenings, beginning in September 2012.

The first full season was a great success, with audience numbers increasing monthly. The final three screenings completely sold out.

In April 2013 the Hayle Film Club was awarded a £2,000 grant from the Co-operative Membership Community Fund to put towards the purchase of projection equipment, formerly hired each month from Carn to Cove.

In addition, new blackout curtains, sewn by committee member Joy Scott-Mance and sponsored with an additional £150 grant from Hayle Town Council, allowed matinee screenings to be scheduled as well as to continue through the spring and summer months. In October 2013 we received our first grant, for £379, from the Cornwall Council Community Chest Grant Scheme, thanks to Cllr John Pollard, to cover the cost of a projector ceiling mount and a spare projector bulb, followed by a second grant, for £214, in February 2015 to buy two new tea urns and an audio equaliser. 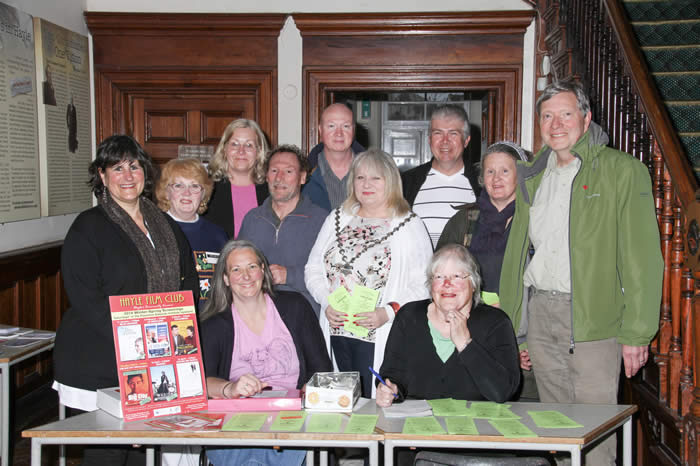 Even more exciting was the award of 50 ‘comfy’ new chairs — desperately needed — from the British Film Institute’s Neighbourhood Cinema Equipment Fund, which were first used for the screening of GONE GIRL in February 2015. The Passmore Edwards Institute kindly bought 20 additional chairs, which meant most of our audience could sit in comfort for the foreseeable future. 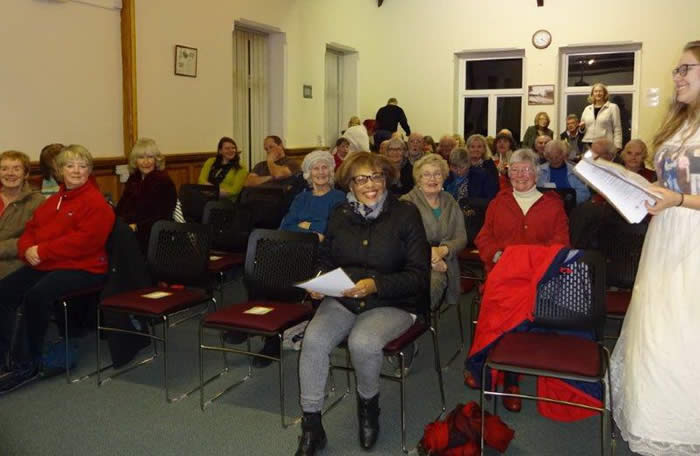 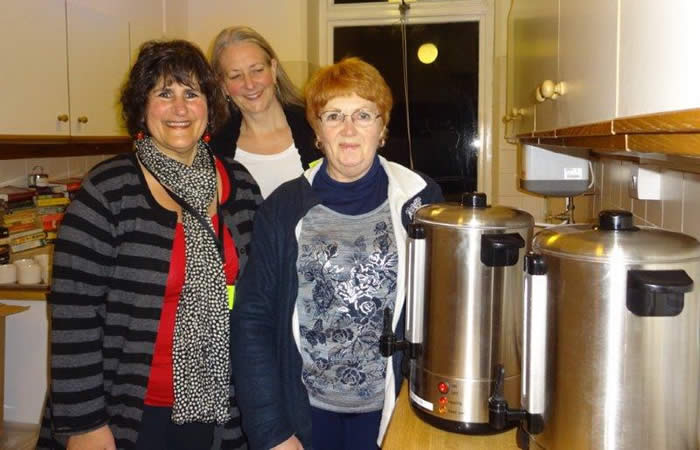 Later in the year a second award from the Neighbourhood Cinema Fund expanded our chairs to a full complement of 80, and a third award, in December 2015, included a new pair of speakers, an equipment cabinet and a backup Blu-ray player. The installation of an electric screen in 2018 finally completed our wish list of needs and wants.

In short, we believe that facilitating access to film enriches the cultural experience of people in their local communities, both rural and urban:

“If people lack the necessary means and resources to travel to multiplexes, independent cinemas or film festivals, or indeed simply want to share in a communal occasion, the universe of film can thus be delivered to them in the form of a community cinema.”
– British Federation of Film Societies Community Cinema Sourcebook

This site uses cookies. By continuing to browse the site, you are agreeing to our use of cookies.

We may request cookies to be set on your device. We use cookies to let us know when you visit our websites, how you interact with us, to enrich your user experience, and to customize your relationship with our website.

Click on the different category headings to find out more. You can also change some of your preferences. Note that blocking some types of cookies may impact your experience on our websites and the services we are able to offer.

These cookies are strictly necessary to provide you with services available through our website and to use some of its features.

Because these cookies are strictly necessary to deliver the website, refuseing them will have impact how our site functions. You always can block or delete cookies by changing your browser settings and force blocking all cookies on this website. But this will always prompt you to accept/refuse cookies when revisiting our site.

We fully respect if you want to refuse cookies but to avoid asking you again and again kindly allow us to store a cookie for that. You are free to opt out any time or opt in for other cookies to get a better experience. If you refuse cookies we will remove all set cookies in our domain.

We provide you with a list of stored cookies on your computer in our domain so you can check what we stored. Due to security reasons we are not able to show or modify cookies from other domains. You can check these in your browser security settings.

These cookies collect information that is used either in aggregate form to help us understand how our website is being used or how effective our marketing campaigns are, or to help us customize our website and application for you in order to enhance your experience.

If you do not want that we track your visit to our site you can disable tracking in your browser here:

We also use different external services like Google Webfonts, Google Maps, and external Video providers. Since these providers may collect personal data like your IP address we allow you to block them here. Please be aware that this might heavily reduce the functionality and appearance of our site. Changes will take effect once you reload the page.

The following cookies are also needed - You can choose if you want to allow them: